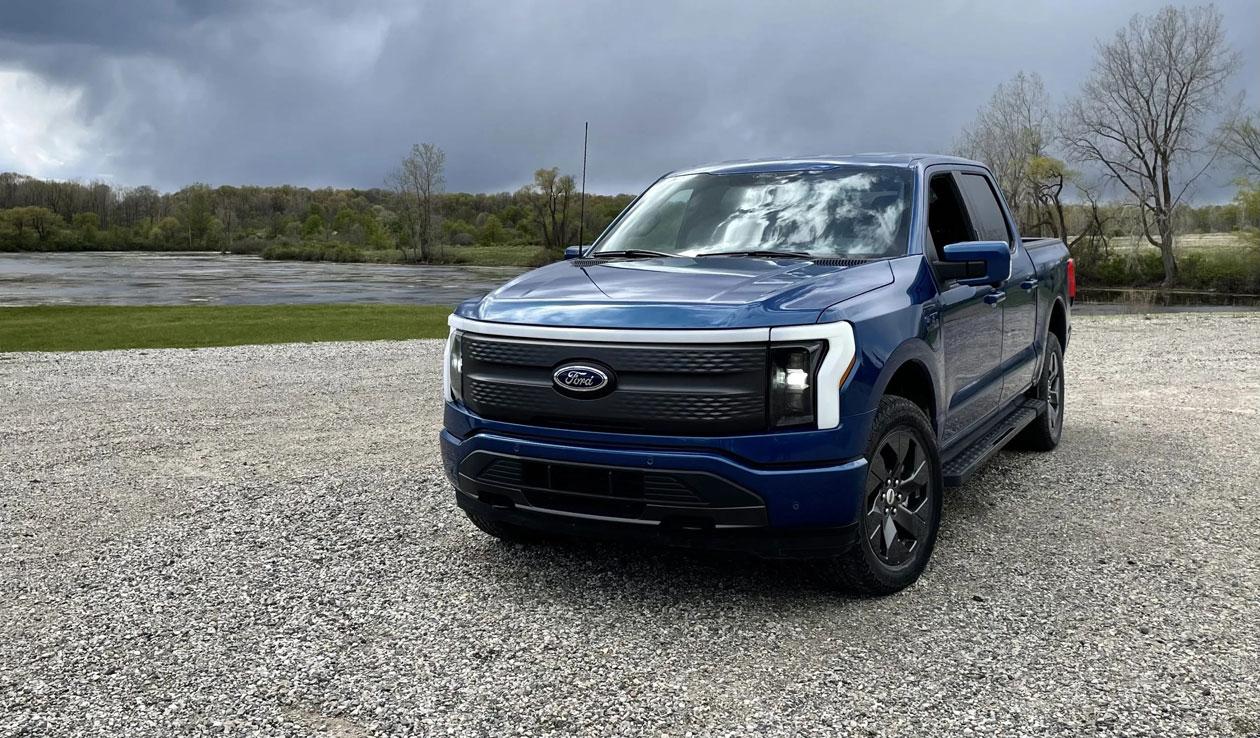 Ford is gearing up to release the new all-electric Ford F-150 Lightning pickup. Electric vehicle enthusiasts say that this is set to be one of the best electric vehicles in production today. The new variation of the classic Ford will significantly impact the automotive industry in the future. But what exactly makes this truck so popular? Let's look at some of the facts about this truck and see why it will be such a big hit.

Ford's long-awaited electric truck, the Ford F-150 Lightning, will be released on April 26th. Starting with an affordable base model of around $39,970, Ford is keeping with its tradition of making a truck available for the everyday customer while also offering more expensive luxury trims. The extended range Ford model will sell somewhere in the mid-$50,000s. However, if you're looking for the top-of-the-line Lariat or Platinum trims, you'll pay closer to $90,000.

With two electric motor options, Ford's new truck is packing some serious power. Both options will produce 775lb-ft of torque, but they'll have different driving ranges. The Standard-Range battery will have a range of 230 miles, while the Extended-Range battery will have up to 300 miles. Ford claims that the new F150 Lightning will have a towing capacity of 7,700 pounds with the Standard-Range battery and 10,000 pounds with the Extended-Range battery. But first, you'll need to charge those batteries. The F-150 Lightning comes standard with a 30 Amp Mobile Power Cord, which you can use to charge at home. For around $1300.00, you can also purchase the 'Charge Station Pro' home charger, which will offer the full 19.2kW charging speed. The Charge Station Pro is included with F-150 Lightning's extended-range battery. For on the road charging, the BlueOval Charge Network has over 70,000 chargers throughout North America, which can be located using your smartphone. Worried about running out of charge on the road? With Ford Roadside Assistance, you'll never be too far from help. The company offers to tow your vehicle to the nearest charging area (within 35 miles of your location), whether it's your home or a public charging station.

Need cargo space? Ford has you covered front and back. Since the Lightning has the same bed size as the gas model F150 crew cab, aftermarket items such as rails, bed liners, tonneau covers, and more will carry over to fit the new electric model. In addition to the 5.5 cargo bed, the Lightning offers an extra 14.1 cubic feet of space in the front trunk. Ford’s “Mega Power Frunk" has outlets, lights, and weatherproof flooring.  The frunk can also double as a work surface or lockable storage area and has a 400 lb. weight capacity that's roomy enough to carry two sets of golf clubs. So if you need a truck that can haul and has plenty of cargo space, the Ford F150 Lightning is a perfect choice.

Overall, the Ford F150 Lightning looks similar to its gas-powered predecessor. However, some subtle changes set it apart. For starters, the front grille has been redesigned. The Lightning has a continuous light bar on the front of the truck, which is sure to turn heads as you cruise down the street. On the inside, the 15.5-inch information display is portrait rather than landscape, giving it a unique look. Finally, the Ford F150 Lightning will offer voice control options, connected navigation, Apple CarPlay, Android Auto, and cloud connectivity. Packed with all the latest bells and whistles, the Ford F150 Lightning is certainly worth considering.

Ford is making this model a tech-lover's dream with the added features. It's equipped with a generator that lets users plug into the car and utilize the battery's power to get things done. This is called Pro Power Onboard, with 11 outlets scattered throughout the truck. They include ten 120v outlets located throughout the front trunk, cab, and bed, plus an additional 240v outlet in the cargo bed. The Lightning will also come with a "Phone as a Key" feature that connects to your smartphone, allowing the FordPass app to start the engine without a key fob. Then there is BlueCruise, a hands-free driving assistance system that can control steering and acceleration. Drivers will be able to take their hands off the wheel when driving on the highway; however, there is also an infrared camera to track the driver's eyes and make sure they are paying attention.

Just days away from releasing their all-electric truck with the F150 Lightning, Ford will offer an affordable option to the electric truck market. The F-150 is already one of the most popular trucks on the road and with an electric model from a reputable manufacturer, Ford aims to make the Lightning a leader in this new market. It's designed for daily drivers, not just luxury buyers—meaning it is priced to be affordable for people who need a working truck. The F-150 Lightning looks like an amazing truck, to begin with, but with Rough Country's touch, there is no telling what it could do. As electric vehicles become more mainstream, we will continue doing what we do best: creating quality products that make your adventure even better.